We brought home about 40 apples from the farm over the weekend and I knew I wanted most of them cooked up in dishes that would make our house smell like heaven.

My first endeavor would be Apple Crisp.

My husband laughed at me when I announced my plans because the last time I tried to make an apple creation, I made a perfect pie, then proceeded to flip it over like I was removing bread from a loaf pan and inadvertently made “Apple Crumble.”

Oops! It was still good though.

When we were backing out of our driveway on the way to apple picking, I saw a box on our porch and knew what it was right away. Ninja Kitchen was kind enough to send me their new Ninja Foodi pressure cooker (just launched Sept. 1st!), which not only does what its namesake suggests, but also acts as a slow cooker, dehydrator, and air fryer.

I’ve never used a pressure cooker before this, but I was so curious since Pinterest is overrun with delicious, FAST, recipes made using one. The Foodi comes with 45+ recipes in a cute little book including one for Peach Cherry Crumble, so I adjusted accordingly to create an apple dish instead! Would you like to see more recipes for the pressure cooker?

Let me know in the comments below! 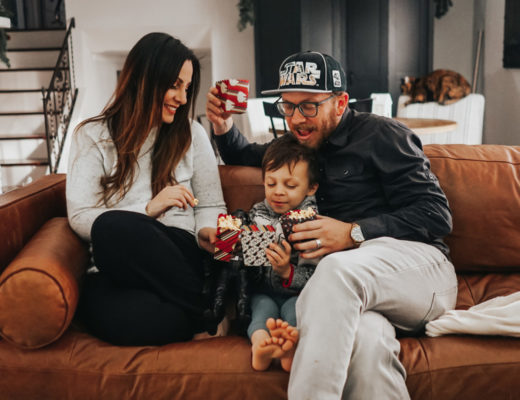