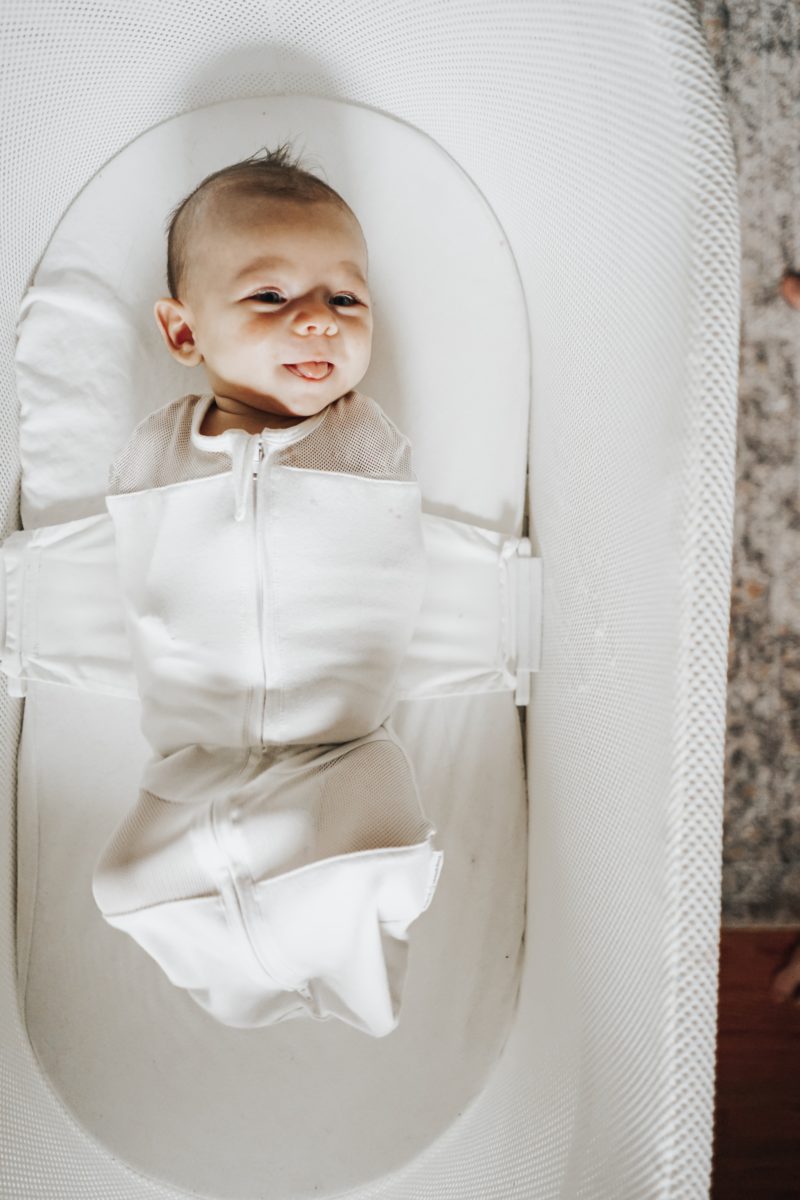 Around the time that the Rock ‘n Play recall occurred, my youngest son Charlie was about 2 months old.

Charlie does not like to be flat on his back at all which posed a problem in getting him to sleep at night. We finally broke about a month in and put him into a swing. The problem is, putting an infant into a swing unattended isn’t exactly the safest option and the Rock ‘n Play deaths and injuries really put a spotlight on that.

After careful research, I decided that the SNOO Smart Sleeper Bassinet by Happiest Baby seemed like our best bet. 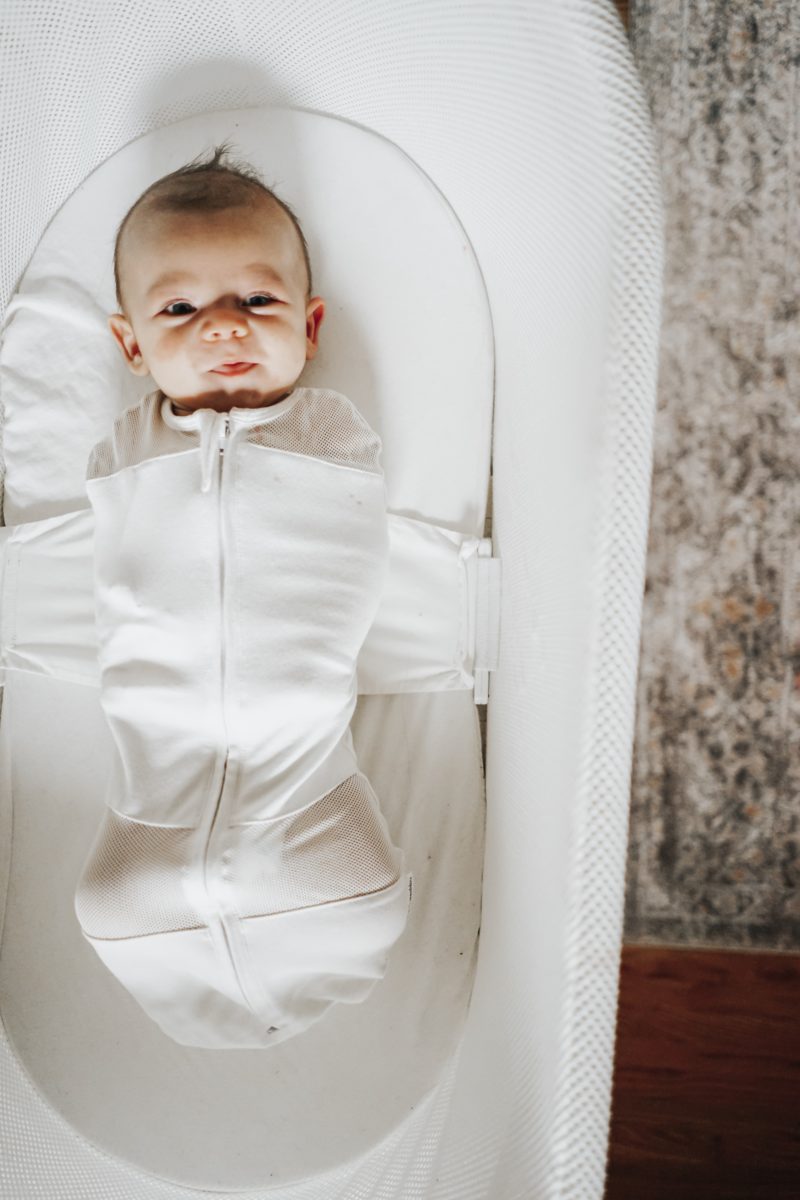 What is the Snoo?

The Snoo is a responsive bassinet created by Dr. Harvey Karp, the creator of Happiest Baby on the Block and The 5 S’s. This award-winning system claims to add 1-2+ hours of sleep, naturally sleep train (meaning you can skip crying it out), prevent dangerous rolling over, and helps to soothe baby while you fix a meal or get a nap in.

At a whopping $1,300, I felt like this bassinet better be made of gold. On the other hand, parents using the Snoo said you can’t put a price tag on a good night’s sleep. I agree, so thankfully there’s a rental option to pay about $3.50/day for as long as you need your Snoo.

As soon as it hit our doorstep, we put Charlie inside screaming and within about 30 seconds he was silent. He was zipped inside one of the three swaddles (you get to keep these and the organic cotton fitted sheet and mattress) which gets affixed to the inside of the Snoo so he cannot roll, preventing him from smothering himself.

So far, Charlie has loved his Snoo at night but during the day he resists it hard. 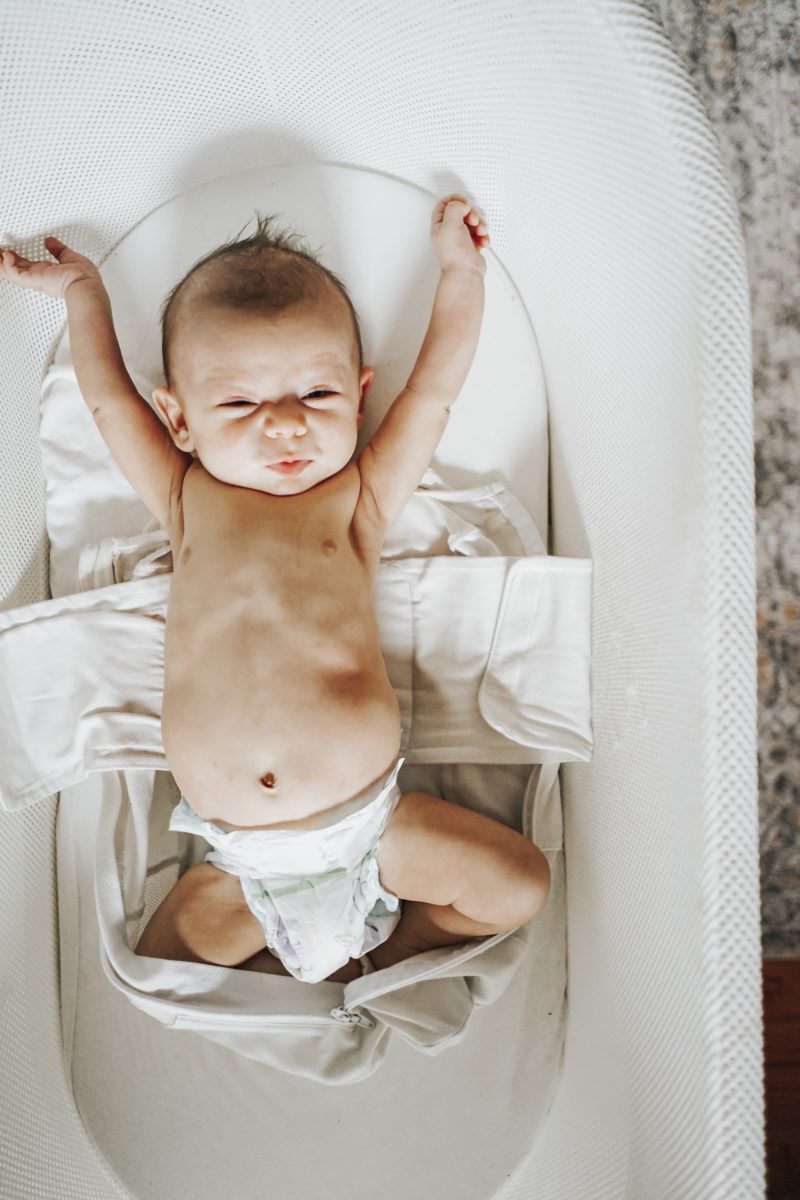 Snoo comes complete with an app that helps you discover trends in your child’s sleep and see their daily log.

We had a good run on June 10th at night. 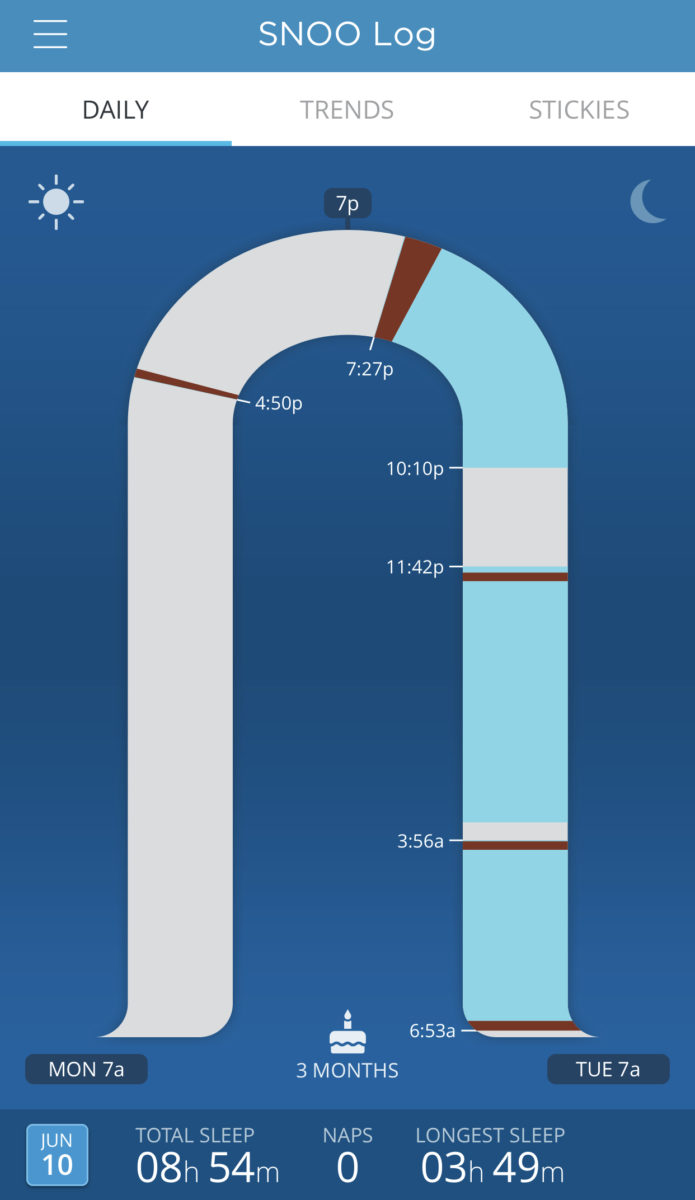 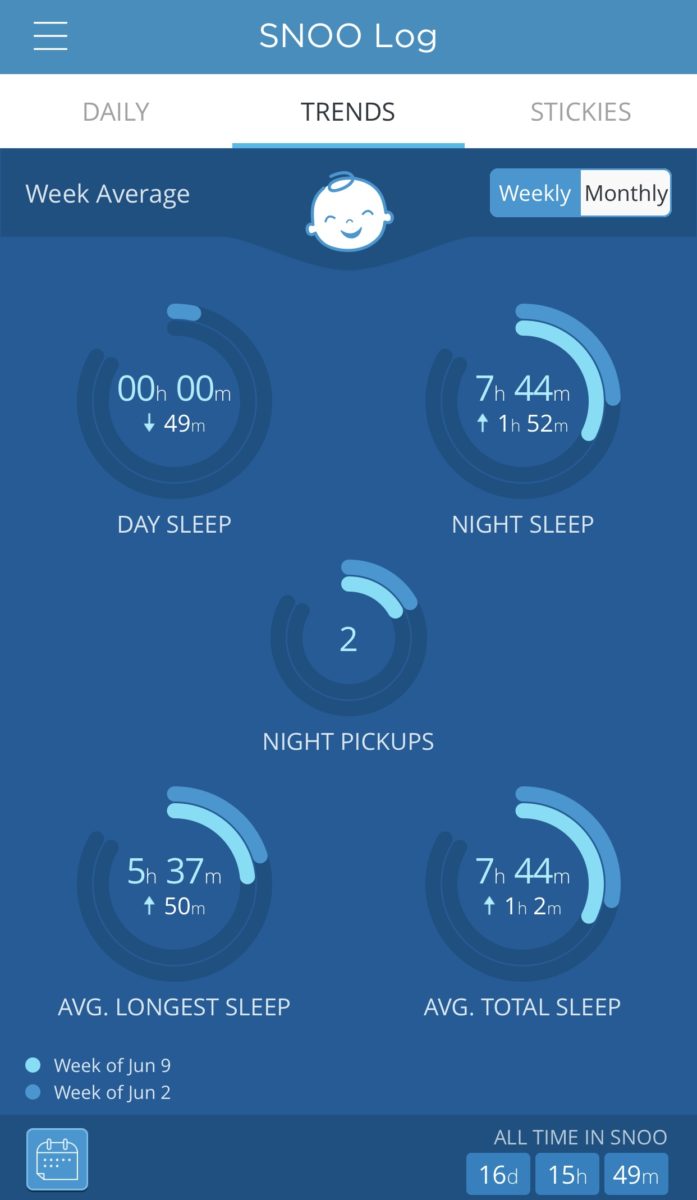 We’ve had our Snoo for two months now and here’s what I’ve learned so far.

A Little Bit of Both

So would we purchase a Snoo outright in the future? No.

Would we rent again? Yes. 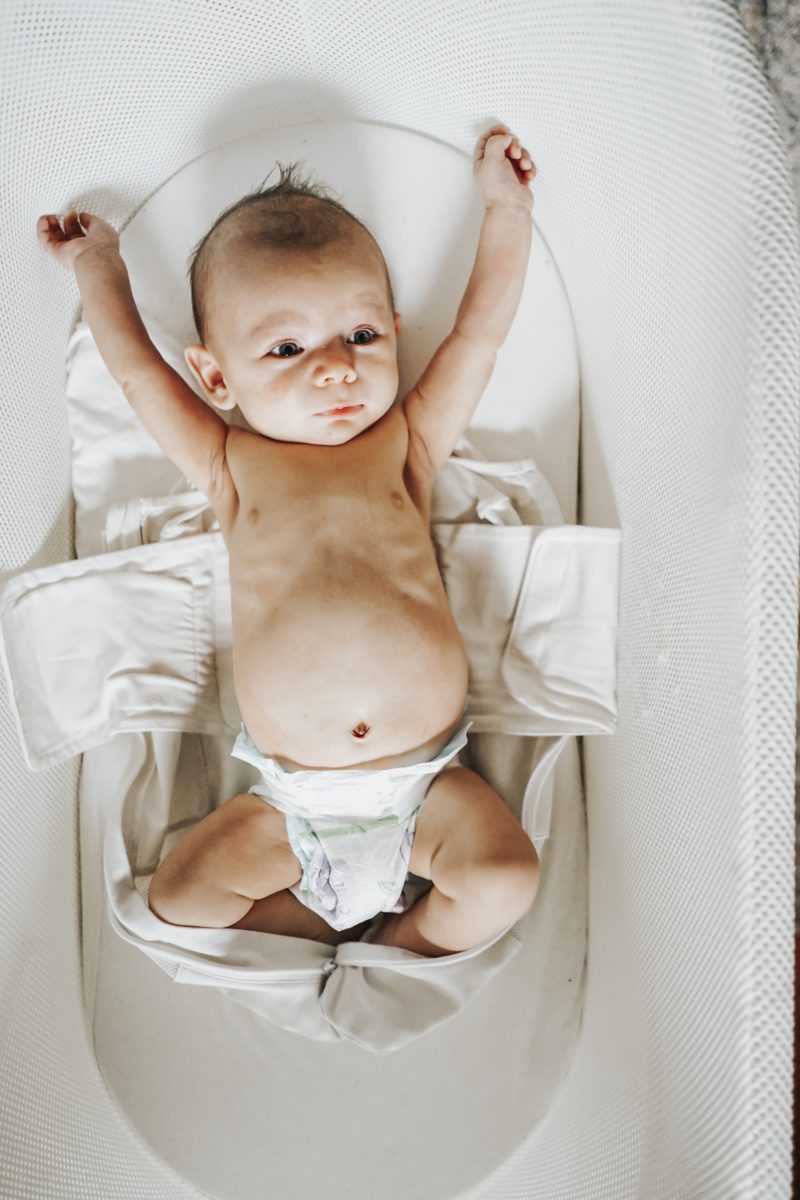 I would rent this again for peace of mind alone. That said, this is a very expensive piece of equipment and I don’t think it’s had any sort of effect on Charlie’s sleep progress. Most of my pros were cosmetic and I found it hard to gauge his progress without correct stats due to the inability to manually input sleep times.

At 6 months Snoo promises to transition your child to the crib seamlessly via a little weaning switch you flip on the app. I’ll be sure to update when we send Snoo back.

In the meantime, here’s what we used with Fox. I feel it was a very similar product for a fraction of the cost.

Do you have any questions about the Snoo? Let me know in the comments below! 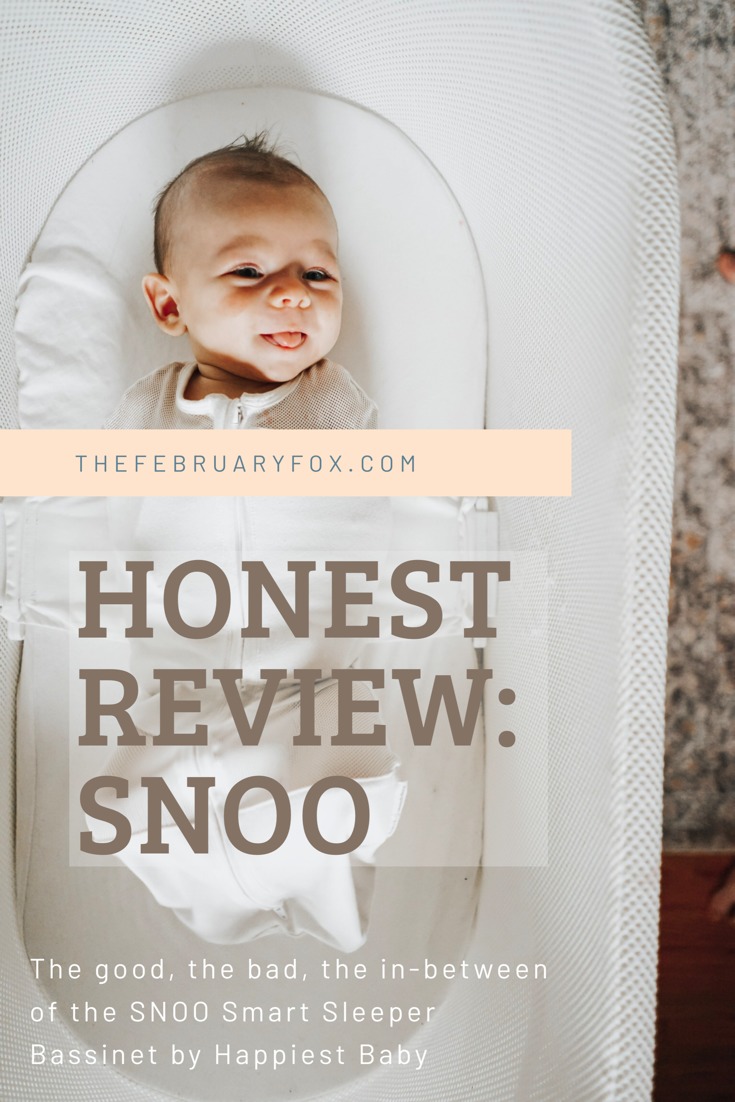 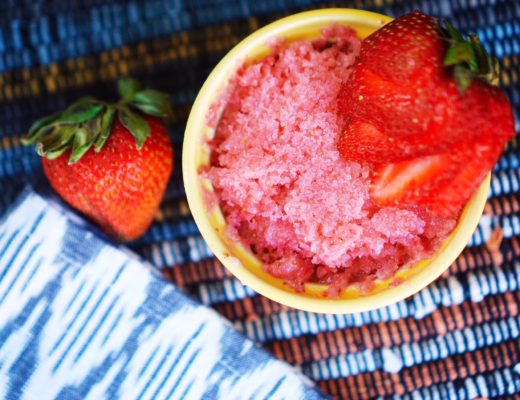 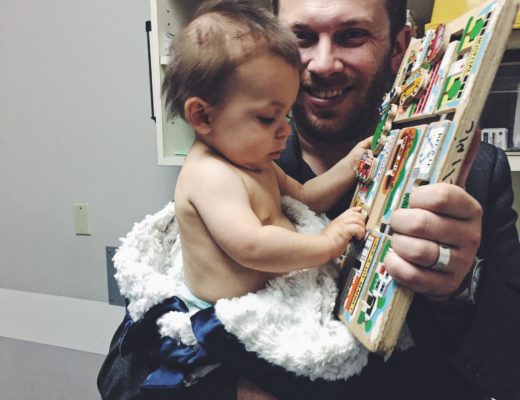 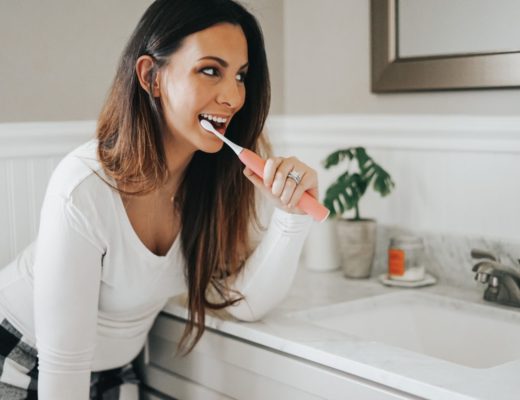 Two Ways to Brighten Your Smile at Home