My Baby is ONE! + Fox’s Birth Story 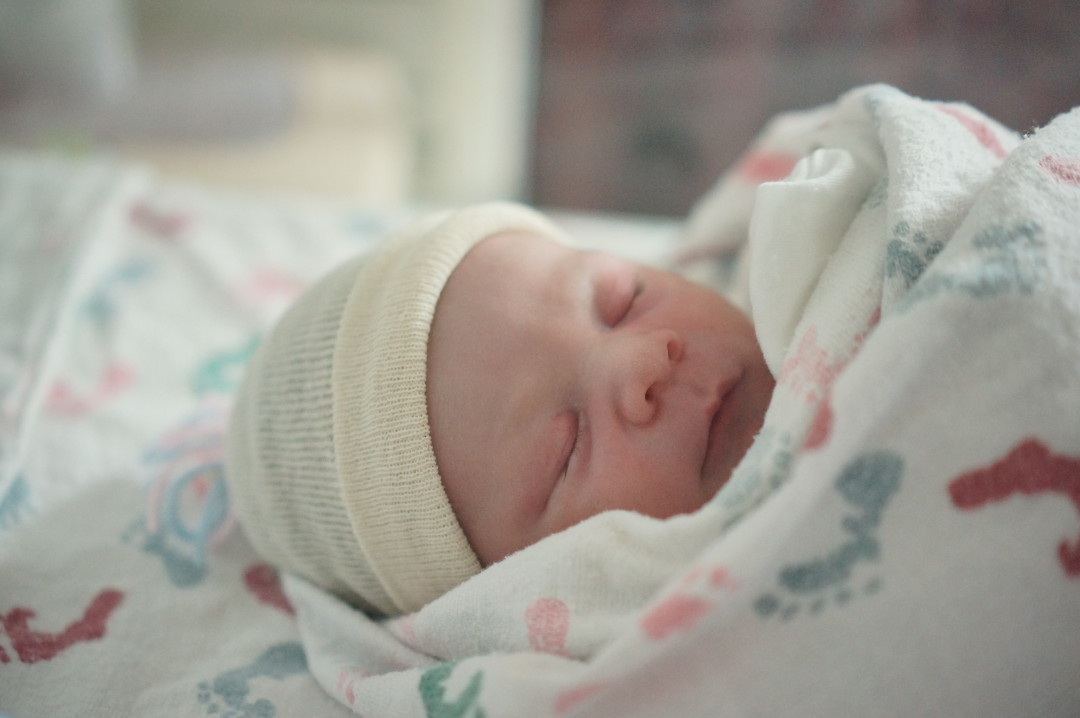 My baby is one today. I’ll have you know that I wrote this post before the big day because I’m probably ugly crying in a corner somewhere that my boy is growing up so fast.

Besides being unbelievably ill, my pregnancy was (luckily) uneventful. Fox was a very active baby in the womb (which my midwife let me know would likely be his personality outside the womb – she was right). I was certain he was a girl and Tyler said boy, but the night before we found out for sure I had a dream he was a boy and knew it was true.

I finally hit my pregnancy breaking point during the Super Bowl on February 1st. Tyler was going on and on about the game when he turned to look at me during the part where the dancing sharks were parading around half time with Katy Perry and I was silently crying like Kim Kardashian (this happens a lot, yes?).

Two days after my due date I dragged my large belly out of the house for a walk at Dixon Lake, had dinner at Swami’s, and then to Walgreens. Before bed I bounced on an exercise ball for half an hour and then went to sleep and at 3:30 a.m. my water broke.

A strange calm came over me and Tyler LOST it. He started darting around the house packing a bag for himself while I sat on the bathroom floor demanding to do my makeup before going to the hospital. We got to the hospital around 5:30 a.m. and just as I got to the nurses’ station the hard contractions started coming.

I received an epidural almost immediately (felt like a bee sting and wasn’t nearly as scary or painful as it’s made out to be) and from that point on did a lot of sitting around. Truth be told, I yearn to go back to the hospital some days because of how pampered I felt! They monitored me so well that they came flying in the room when I was putting my hair in a ponytail because the rapid movement made the baby’s monitor go off. I was not progressing at all and had 3 hours left before I would likely have to get a C-section, so I agreed to pitocin (which actually completely halted my labor for some time). I was laying on my side and using oxygen at this point because we would lose contact with the baby every time I contracted which was horrifying. The oxygen gave me a migraine and the nurse urged me to take a nap. I was now 21 hours into labor and it was a 1/4 to midnight.

I told the nurse that I was ready and she said it wasn’t possible. I think she figured I just didn’t want a C-section, but I knew it was go time and had her check. Her eyes got wide and told me I was right. I was so close that no one knew if Fox would be born on the 6th or 7th with just 15 minutes left in the day! I had managed to move through 3 sets of doctors/nurses due to the length of my labor but when it was finally time there were no doctors available. The nurse told me to push and just as he wasn’t going to stay in any longer a new doctor came in, introduced herself, and a few minutes later Fox was born!

The doctor turned ghost white and her face looked panicked, but he cried immediately so I knew he was okay. Later the doctor told me that he had the cord around his neck and the cord also had a true knot, which only 1% of babies have and oftentimes leads to death. She used the word “miracle” twice and I panicked until they put Fox on my chest. I couldn’t see his face so Tyler had to show me a photo. And then I don’t remember anything for awhile. The adrenaline ran out and I fell asleep right there. Tyler roused me up with a sandwich that he fed to me because I was too weak, and then we were transferred to our room. The hospital he was born in lets baby stay with you at all times and I was grateful for that.

Aside from reading birth stories like a maniac, I also checked out as many hospital list suggestions and advice columns as possible. Here’s my take on a couple talking points.

Hospital Bag
I brought next to nothing in my hospital bag. I figured I’d regret it but it was the perfect amount. I brought a black cotton robe, loose black pajama pants, two tank tops, a going home outfit, makeup, toothpaste/toothbrush, dry shampoo, brush, bluetooth speaker, and a bag for baby with a couple blankets and outfits. The hospital has absolutely everything you need. Do not forget to clean them out when you leave! Trust me on this! I took everything in my room and asked for more. They were more than happy to give me medical supplies for my recovery as well as goods like diapers and wipes for Fox. This stuff costs a small fortune and you’ll want help around the house not out at the store.

*Funny story (but almost horrible) – I ran out of witch hazel for my stitches and had a pretty brutal recovery. I sent Tyler out for more and just as I was about to apply I realized he had bought me witch hazel astringent. Holy crow, could have been SO bad!

Playlist
This playlist was so unbelievably necessary yet almost skipped over. I listened to song after song and nothing seemed right. What song would be good enough for my baby to arrive to and what mood would I be in while laboring? Would I want party jams to pump me up or cool, relaxing music. I decided on a mixture, added to a Spotify playlist while sitting in the tub one night, and brought along a wireless speaker. Fox was born during the song Trouble by Coldplay, which is fitting for two reasons today: a) Coldplay is playing the Super Bowl halftime show today on Fox’s 1st birthday and b) Fox is T-R-O-U-B-L-E.

I’ll be posting photos from Fox’s football-themed party ASAP. What are you doing for the Super Bowl? Panthers or Broncos? 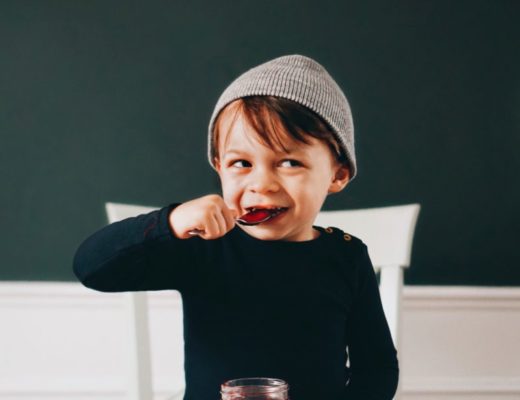 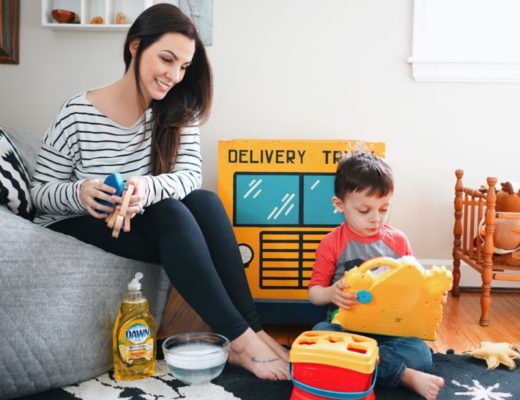 3 Fast Ways to Use Dawn Beyond the Sink 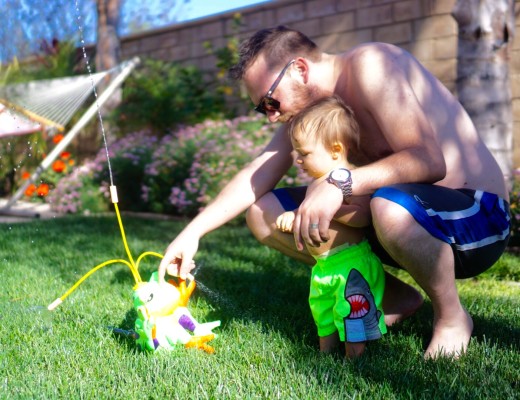